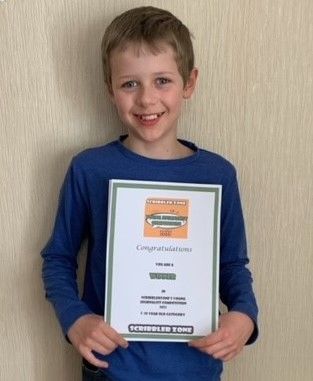 Why Japan is the gaming world leader

Japan is the world leader in computer gaming and despite fierce competition from other countries, such as the USA, it still remains at the top of the podium. Indeed, throughout history Japan has been the leader in creating new technology and innovation.
Many of the most well known video games and gaming companies have come from Japan, such as Nintendo and SEGA. Japan, as a nation, has massively embraced gaming since the first video game ‘Space war’ came out of America in 1962. Since then most of the well known gaming consoles and famous gaming characters, such as Mario and Sonic, have been created in Japan and have become cult icons.
The first games to come out of Japan were arcade games. Some of the most famous arcade games were; ‘Astro Race’ (1973), ‘Space Invaders’ (1978),’ PAC-Man’ & ‘Donkey Kong’ (also in 1978).  However, it wasn’t until the 1980s that ‘home game consoles’ were invented. The first notable consoles that came from Japan were the Nintendo Entertainment System and the SEGA SG-1000. Unlike, many of its competitors during that time Nintendo and SEGA are still making consoles today.
Japanese games have proven to be, and continue to be, successful world wide. By 2002 the Japanese video game industry was worth 50% of the word game market and is still one of the leaders and most influential competitors in the gaming industry today and is worth $19.5 billion dollars.
Nintendo started in November 1889, and started off by selling hand-painted playing cards eventually becoming the most popular brand in Japan. However, it wasn’t until Nintendo came out with its first video game “ER race,” that the company shot to worldwide popularity. Nintendo’s most famous characters first appeared in the 1970s. Indeed, Mario was first showcased in “Donkey Kong” in 1978. Nintendo then went on to release Super MarioKart in 1992, and MarioKart Tour in 2019. Proving that it is still one of the most successful video game characters of all time.
It’s main rival SEGA started in 1960 as a video game company. The first game they created was “Pong Tron’ (1973). However, they’re signature and most famous character is Sonic the Hedgehog. Until Sonic, SEGA were actually going bust! It was the huge popularity of Sonic that saved the company from disappearing forever. Sonic was released in 1991 and became an overnight success and over 30 years later is still one of the most popular SEGA characters- it has grossed over $5 billion dollars and sold over 140 million games worldwide.
But why is gaming so popular in Japan? Gaming has become an integral part of Japanese culture. The Japanese have always been fans of animation and graphic novels and the gaming industry has become an extension of this element of Japanese culture. Every popular children’s and teenagers TV shows have a video game or multiple video games linked to it.  Allowing them to play interactive games with their favourite characters. But gaming isn’t just part of children and teens lives. It is thought in Japanese culture that people lead very stressful lives and that gaming is a form of relaxation and escapism and is therefore really popular with adults too. Japanese gaming has evolved from arcade games played on weekends for fun- to an important part of everyday Japanese culture.
It is clear that since the 1970s and through the Golden age of video gaming Japan is the world leader in gaming technology and will continue to be the leading force in gaming innovation for generations to come.

“It was amazing to receive the email telling me that I had won the Young Journalist writing competition. I was really proud and excited! It has inspired me to keep writing and hopefully become a famous author when I am older.”